His life-long ambition as a youngster was to become a professional footballer. His golden opportunity came to him at the age of 18 when he was spotted by CD Malaga and was close to signing his first professional contract. Unfortunately, this fell through and later, at the age of 22, he signed for Glentoran FC in Belfast, Northern Ireland in 1993/94. Additionally, he played on a semi-professional basis in Spain for a number of years and represented Gibraltar for 19 years until his retirement at the age of 35. The GFA captaincy was handed to him in 1999, relishing the opportunity to lead the National Squad through a number of competitions. He now supports and enjoys watching Gibraltar take on the huge challenges that come with UEFA and FIFA membership, envious of those living this amazing opportunity and experience. 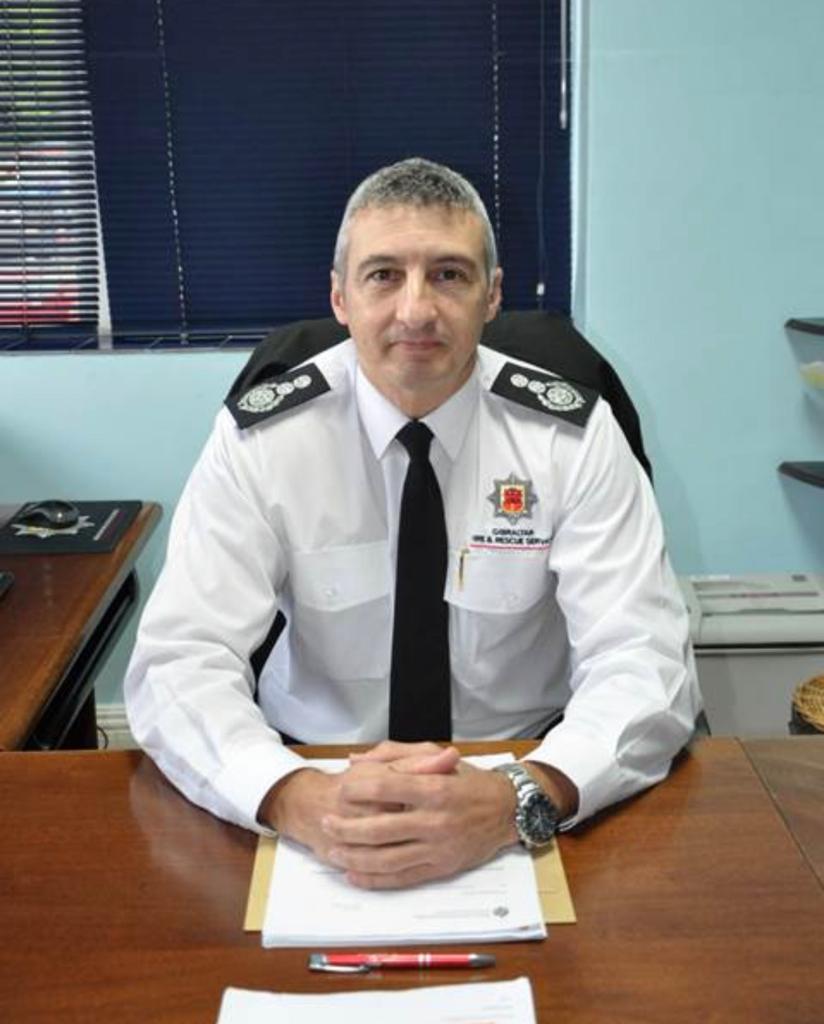 Starting out in the Brigade

In January 2000, CFO Ramirez joined the Gibraltar Fire and Rescue Service (GFRS) and was awarded best overall recruit after completing a 16-week Fire-fighter Development Programme. He has not looked back since. During his career, CFO Ramirez has completed numerous specialised courses and obtained professional qualifications that have given him the knowledge and experience necessary to lead and support his officers. He obtained all the statutory qualifications within his first five years of service and this made him eligible for promotion within the operational ranks.

Rising through the ranks

In November 2007 he obtained his first promotion to the rank of Leading Firefighter and was handed the responsibility to manage the GFRS Ambulance and First Responder Section. This was soon followed by subsequent promotions to Sub Officer and Station Officer in October 2009 and January 2011 respectively. As Station Officer, he proudly served and led the officers of Blue Watch for over four years, prior to joining the GFRS Senior Management team as Deputy Chief Fire Officer in August 2015. Finally, in January 2020, Mr Ramirez made his most recent jump to CFO, responsible for the strategic steer of the organisation as a whole.

Throughout his years in the Service, he has undergone training locally and abroad, at the Fire Service College in Moreton-in-the-Marsh, and in other institutions, in operational, tactical and strategic command. In July 2012 and July 2013 respectively, he took the initiative and passed the Institution of Fire Engineers (IFE) Level 4 examinations in Strategic Human Resource Management and, Civil Emergency and Disaster Management for the Fire and Rescue Service. In addition, mandatory courses in Watch Command, Hazmat Command/Instructor, Tactical Ship Fire-fighting, Advanced Tactical and Strategic Incident Command, Multi-Agency Gold Incident Command, and CBRN Strategic Command, are all but a few of the challenges that must be overcome to prepare an officer for such a task.

At a more social level, in 2004, 2006 and 2008 he was one of the instigators of GFRS participation in the World Fire Fighter Games in Sheffield, Hong Kong and Liverpool respectively. Successful results in these events have inspired other members to continue participating abroad in other categories, also achieving extremely high levels of performance and fitness, but also valuable experiences and rewards.

“It is an absolute privilege to have the incredible opportunity of leading and supporting this amazing and humble group of officers through the many challenges ahead. I am truly excited by the prospect of our ongoing development as a modern, diverse Fire and Rescue Service whose primary objective is, and will always be, to continue developing skills and expertise in our efforts to achieve operational excellence across all sections. The Gibraltar Fire and Rescue Service (GFRS) is an organisation that has existed and served the community of Gibraltar for over 150 years. We pride ourselves on teamwork, professionalism, resilience and most importantly, compassion for those in need. We have a professional obligation to save life, protect property, and render humanitarian service however, our moral values take us much further as we strive to keep Gibraltar, our community, safe”.

PROUDLY SERVING THE ROCK’S COMMUNITY SINCE 1865

You can find out more about which cookies we are using or switch them off in settings.

This website uses cookies so that we can provide you with the best user experience possible. Cookie information is stored in your browser and performs functions such as recognising you when you return to our website and helping our team to understand which sections of the website you find most interesting and useful.

Strictly Necessary Cookie should be enabled at all times so that we can save your preferences for cookie settings.

If you disable this cookie, we will not be able to save your preferences. This means that every time you visit this website you will need to enable or disable cookies again.